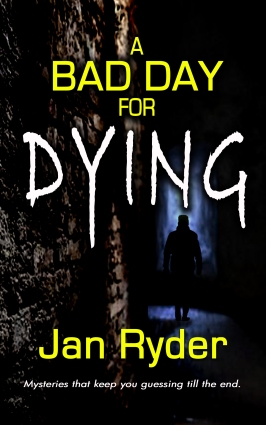 A British businesswoman is caught up in a deadly game of political intrigue and corporate scheming.

Vicki Thorne likes to win. She’s bribed the right people to keep quiet about her part in an insider trading scandal. She’s foiled a hostile take-over of her marine supplies company by a rival. She understands that the world runs on greed and corruption, lies and deceit. Her business is successful because this is her game.

But now, at a sensitive political time, the brutal ruler of an Eastern European republic has taken important business leaders hostage. The discovery that he was once Vicki’s lover places her in the power of Europol, the European police intelligence agency. Under threat of exposure she’s forced to race across the continent with two Europol agents in a bid to free the hostages.

Her secret past is about to collide with the present in a sinister game where corporate interests are conspiring to alter the outcome, a game where losing means death.

Buy A Bad Day For Dying here at Amazon U.S.A.